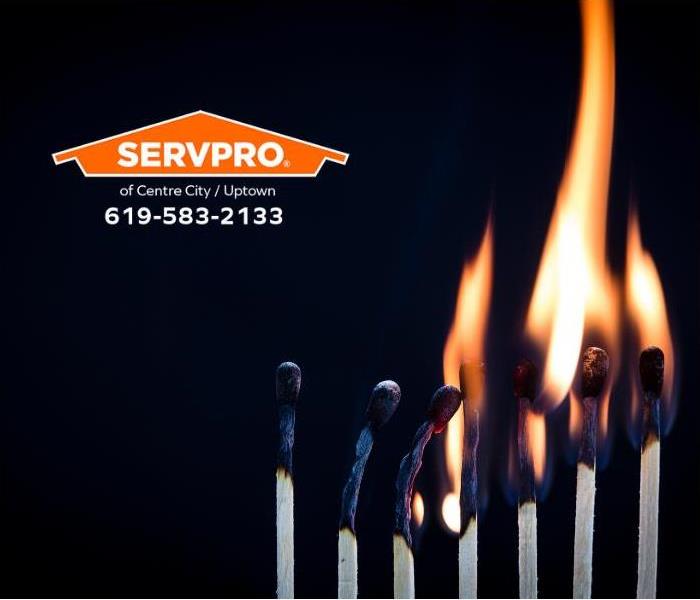 We respond to fire damage emergencies 24-hours a day in San Diego County.

Our Centre City Uptown team has been restoring fire damage in the Centre City area of San Diego for many years. According to a report published by the National Fire Protection Association (NFPA), United States fire departments responded to 30,460 fires each year caused by children playing with fire between 2014 and 2018. Here are some more NFPA statistics:

Ages of children who started fires by playing with fire:

Home structure fires caused by playing with fire by month:

Fire damage can happen at any time of the day or night in Centre City. When your home or business needs fire damage restoration services, our local team in Centre City/Uptown is Here to Help. ® Call us today at 619-583-2133.

Franchises are independently owned and operated.