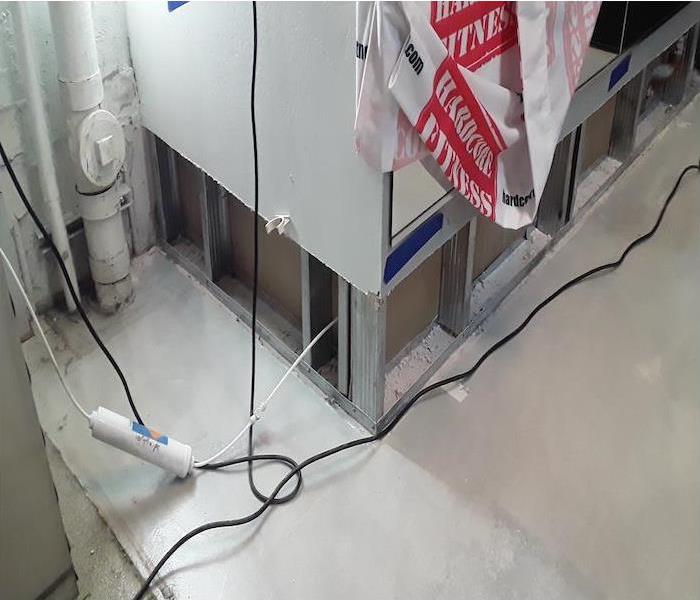 SERVPRO of City Center/Uptown had been on site at a local gym and CrossFit club after they had suffered from water damage. Our crews were called after a drinking fountain leaked affecting sheetrock, insulation and building structure. One of the rooms that were affected was a classroom used for group classes with hardwood floors. The floors had become affected when the water spread out underneath and affected the subfloor and hardwoods, they began to warp and buckle. Our crews worked to remove the hardwood floors and dry the subfloor and structure of the building.  It's important to make sure that the structure is completely dry before remodeling happens so there are not any lasting damages.