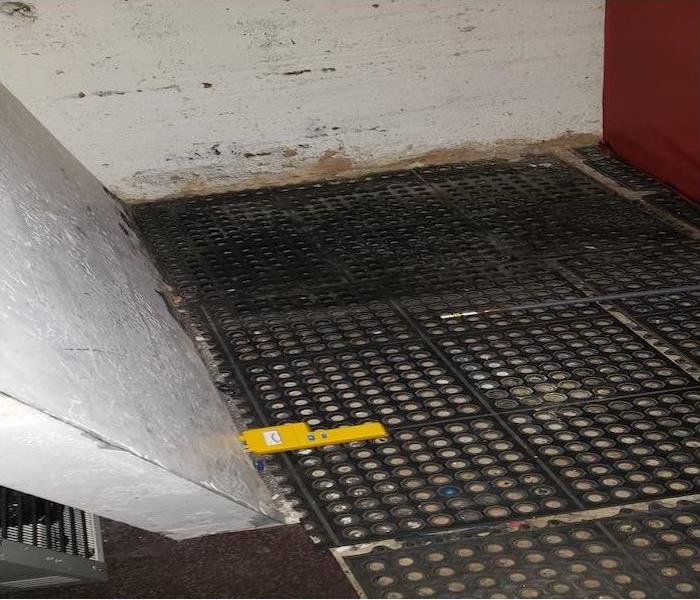 Commercial Damage in a Local Restaurant

SERVPRO of Center City/Uptown received a call late on a weekend that a local restaurant had suffered from a water loss from a broken pipe. The water had affected several areas in the small restaurant including the kitchen and the bathroom.  Our on call crews were called and dispatched to respond to the loss. They arrived on site and quickly began to clean up and mitigate the water damage. Our cows worked with the staff and kitchen team to limit interruptions by getting the bathroom dealt with and then starting in the kitchen so that the kitchen team could get back to work.